Let’s quickly Configure an android studio with bit-bucket Git so it becomes really very easy to make a change and commit it on the bit-bucket. Bit-bucket is mostly used for code and code Review.

Till date, GitHub and Bitbucket are the two best Known code Repositories. If you’re a developer you’re almost certainly aware of them.

Why Do I Need Code Repository Like Bitbucket or Github?

The main reason to use bitbucket or Github is the source control, that is if you are working on the project with your team members and updating code, then it becomes a crucial task to roll back changes and make the repository available to team members again.

So its time to get Organised and work efficiently!!!

Github is the most popular version control out there, with some 57 million code repositories on file. It is loved by the open-source community – as public repositories are free. Free Github accounts are commonly used to host open-source projects.

How Bitbucket is better than GitHub?

From this, if we want an alternative to Github, Bitbucket is the best.

Now the question comes that how to use Bitbucket. Well, it’s pretty simple to start working with Bitbucket. In this article, we are going to Configure Android Studio with Bitbucket  Git.

Setting Up the Bitbucket Repository

First,  you need to create a Bitbucket account. Once you have logged in you can select new repository on the side column by clicking on the “+” button.

Then in that add the Repository Name and in “Include a README?” choose “NO“.

and after that write this  (write your Bitbucket username):

Now the Configuration is Completed…

Now in Android Studio Click on the VCS and select “Enable Version Control Integration” and in that select git as shown in the below screenshot.

The result will come as shown in the above screenshot.

Then write next command

Then select your project from the project panel and right-click on it.
Then in it click on Git option and choose “ADD”

the result should appear as shown in the above screenshot

Now Add Origin that will be in your bitbucket where you have created a repository.

copy the link from bitbucket repository and paste it in the android terminal.

For the first time, it will ask for bitbucket password.

Now Refresh your bitbucket repository page and all the files will be present there.

Now if you commit some change in the code that you have placed on the bitbucket and then if you want to update your files then you have to do the following task:

1.) press CTRL+K and add message and press on Commit.

2.) After that Press CTRL+SHIFT+K and Push this commit in git.

To check whether the changes are committed or not go to Bitbucket Repository and refresh the page.

If any query about it then please drop a comment in the below section. 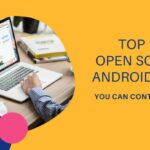 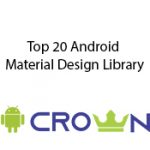 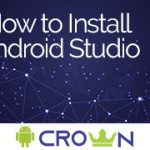 How to Install Android Studio 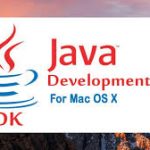 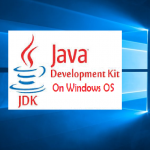